Here Are The Biggest Winners From Oscars Night 2018 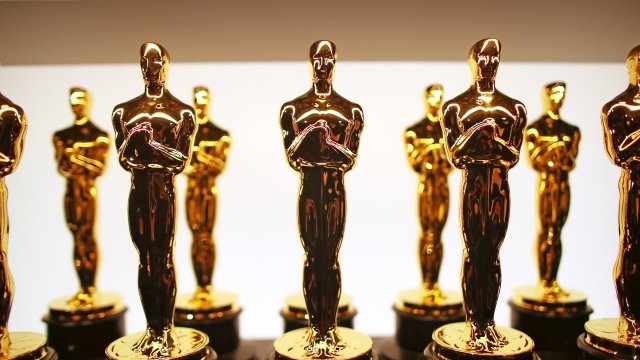 Plus Warren Beatty and Faye Dunaway got a shot at redemption.

The 90th annual Academy Awards were certainly exciting for movie buffs, and they came with plenty of commentary about current events.

For all the talk of focusing the night on films and not social movements, there were plenty of nods to the Time's Up and #MeToo movements, and plenty of allusions to immigration reform.

As for the awards themselves: Sam Rockwell won best supporting actor for "Three Billboards Outside Ebbing, Missouri."

Allison Janney won her first Oscar for her best supporting actress role in "I, Tonya."

The directing Oscar went to Guillermo del Toro for "The Shape of Water."

Gary Oldman took home the Oscar for lead actor for his role in "Darkest Hour," and Frances McDormand took home the statue for best actress. She was in "Three Billboards Outside Ebbing, Missouri."

And the biggest award of the night: Best picture went to "The Shape of Water." The award was presented by Warren Beatty and Faye Dunaway, who famously flubbed the announcement last year.