Epidemiologist Says U.S. At Beginning Of Fourth Wave Of Cases 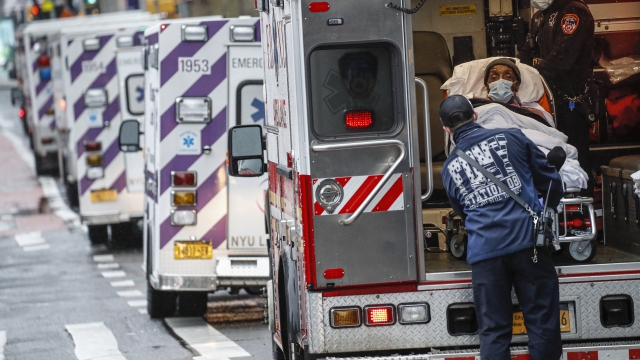 He said the new wave is fueled by the rise in variants.

The fourth wave of COVID cases is here.

That's according to epidemiologist Dr. Michael Osterholm, who was a member of President Biden's COVID-19 transition advisory board.

He said the new wave is fueled by the rise in variants.

“We're just at the beginning of this surge. We haven't even really begun to see it yet," said Dr. Michael Osterholm. "We're now, I think, in that cycle where the upper Midwest is just now beginning to start this for surge. And I think it was a wake-up call to everyone yesterday when Michigan reported out 8,400 new cases. And we're now seeing increasing number of severe illnesses, ICU, hospitalization, and individuals who are between 30 and 50 years of age who have not been vaccinated."

Osterholm said vaccinations will help reduce cases, but that doesn't mean all the CDC guidelines just go out the window.

He wants Americans to keep doing things like washing hands frequently and wearing a mask.