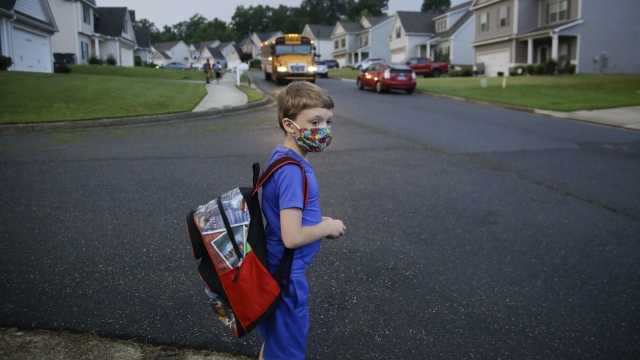 Experiences and studies from other countries show that kids under the age of 10 are less likely to carry or spread COVID-19 at school.

Since the start of the pandemic in early spring, almost 200 countries closed their schools, impacting 90% of students around the world.

But by April, Denmark started reopening its schools. It saw no increase in new cases and the few infected children rarely infected anyone else.

Sweden kept elementary and middle schools open throughout the pandemic and had equal results to neighboring Finland.

But not all school openings have been success stories.

“I think there's no doubt that we had a very severe and strong lockdown and we had a very loose … release policy,” said professor Ora Paltiel, senior physician at Jerusalem's Hadassah University-Hospital, a professor of epidemiology and former director of the Braun School of Public Health.

When Israel reopened schools in early May, there were only about 10 new COVID cases a day. Now it’s the fourth most infected country in the world per capita.

More than 2,500 Israeli students and teachers have been infected and more than 100 come from one school.

A member of Israel’s COVID-19 ad-hoc advisory team, Ora Paltiel, says the country moved too fast in opening up schools and the rest of the society.

“First, the little kids in grades one, two and three were allowed back into school and then a couple of days later [children in] kindergartens. And then within two weeks, the government decided to open the entire educational system. Right after that, we had this heat wave, and the minister of health said children don’t need to wear masks,” Paltiel said.

The rest of Israel also opened up without strict rules.

Now, ahead of a new school year, Israel has changed its plan: First and second graders will go to class as usual, third and fourth graders will be in smaller groups and students in higher grades will learn online, only occasionally in school.

Recent large studies support this approach. They found that children under the age of 10 don’t get as sick, and are not as likely to infect others.

Newsy finds inconsistent response plans for when a student or teacher tests positive for the coronavirus in a reopened school.

“Little children have fewer or fewer ACE2 receptors and therefore they're less likely for the virus to stick to their cells when it gets into their respiratory tract,” Paltiel said.

For older children, the impact of COVID 19 is the same as for adults.So, as U.S. schools consider what’s best, international experts say for younger children, the benefits of opening schools outweigh the risks.

“Little kids need to go to school. They are bearing the brunt of this epidemic, even though physically they're not suffering the consequences of it. I think it's not fair and it's not justified,” Paltiel said.