Over 1,000 Lufthansa Flights Canceled As Staff Strikes In Germany 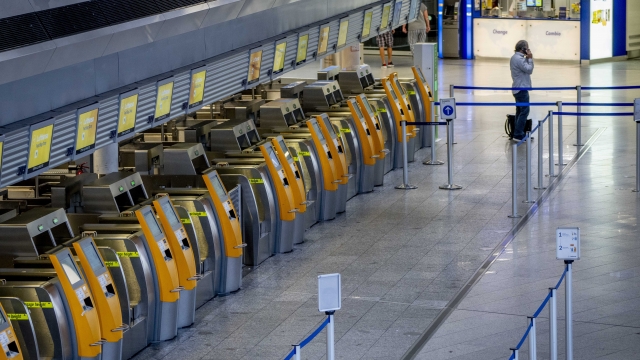 The ver.di service workers' union announced the strike Monday and is seeking a 9.5% pay increase for about 20,000 employees.

More than 1,000 Lufthansa flights were canceled Wednesday because of a one-day strike by the airline's German ground staff, affecting tens of thousands of passengers in the latest travel turmoil to hit Europe.

About 134,000 passengers had to change their travel plans or cancel them altogether. At least 47 connections were canceled Tuesday, German news agency dpa reported.

Lufthansa's main hubs in Frankfurt and Munich were most affected, but flights were also canceled in Duesseldorf, Hamburg, Berlin, Bremen, Hannover, Stuttgart and Cologne. 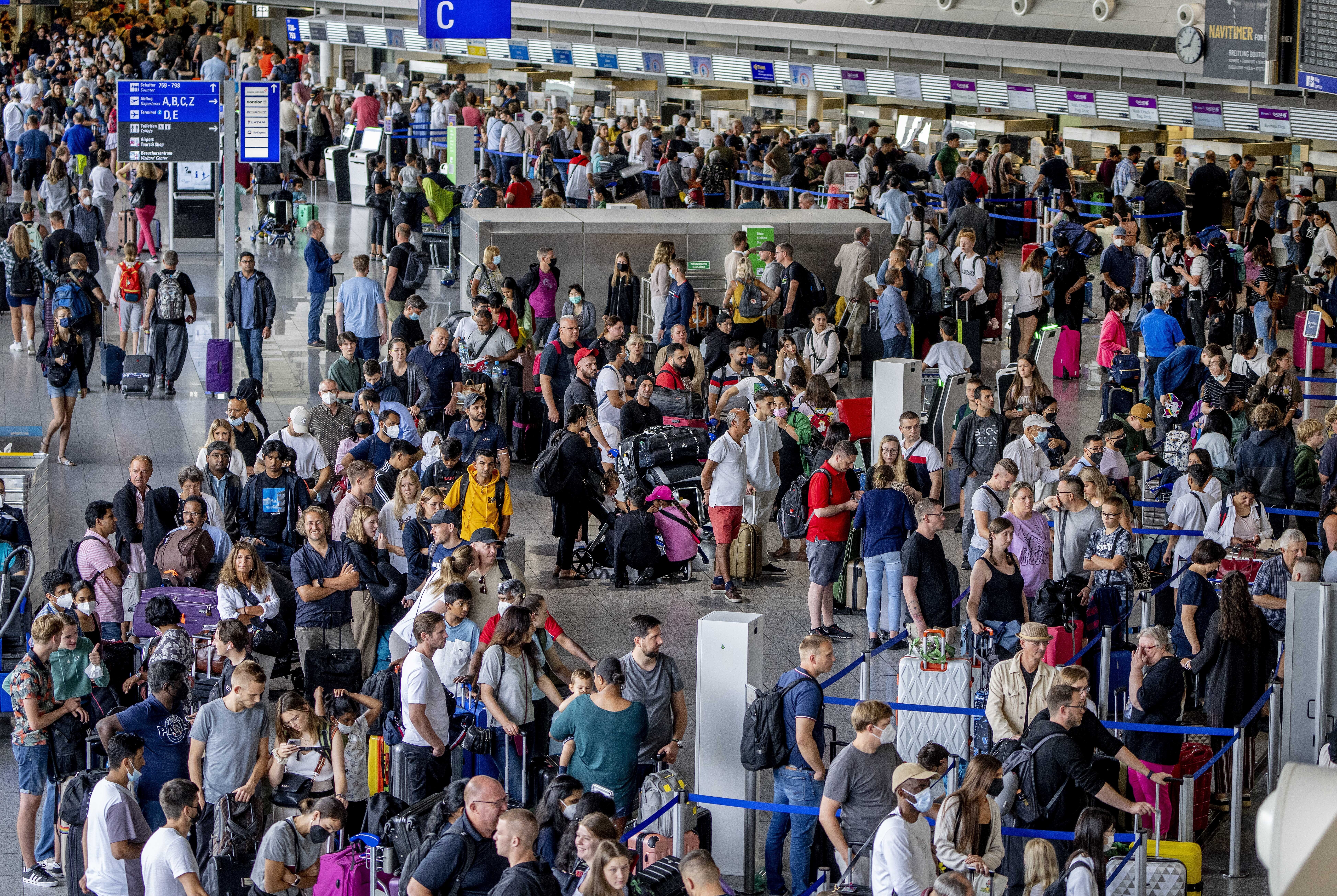 The airline advised affected passengers not to go to airports because most service counters would be unstaffed. Airport terminals were unusually empty during the early morning hours, but people lined up at ticket counters later trying to find replacements for their canceled flights, dpa reported.

Many of the stranded passengers had arrived in Germany from abroad to find out that their connecting flights were grounded due to the walkout.

At Frankfurt airport, 725 of 1,160 scheduled flights were canceled for the day, according to a spokesperson for airport operator Fraport. Flights operated by other airlines, which are usually supported by Lufthansa ground staff, were also affected, dpa reported.

The ver.di service workers’ union announced the strike Monday as it seeks to raise pressure on Lufthansa in pay negotiations for about 20,000 employees of logistical, technical and cargo divisions of the airline.

"Lufthansa did not make an adequate offer in the first two rounds" of negotiations, a union spokesperson, Dennis Dacke, said Wednesday.

“It is time for the employees to express their opinion now before the third round of negotiations,” Dacke said. "This is a ‘warning strike,’ and the effects are visible. We hope that Lufthansa will not provoke another one in the future.”

“People who wanted to travel, who planned vacations for a long time, who waited for vacations, had these vacation dreams unfortunately postponed ... maybe even destroyed by the strike,” Leutke told reporters in Frankfurt. “This strike is completely unnecessary. It is also completely exaggerated.”

Airports in Germany and across Europe were already seeing disruption and long lines for security checks because of staff shortages and soaring travel demand.

As inflation soars, strikes for higher pay by airport crews in France and Scandinavian Airlines pilots in Sweden, Norway and Denmark have deepened the disruption. Travelers have faced last-minute cancellations, lengthy delays, lost luggage or long waits for bags in airports across Europe.

The Lufthansa strike started Wednesday at 3:45 a.m. local time and is set to end Thursday at 6 a.m.

Ver.di is calling for a 9.5% pay increase this year and says an offer by Lufthansa earlier this month, which would involve a deal for an 18-month period, fell far short of its demands.