Secret Service Can't Pay Over 1,000 Agents For The Rest Of The Year 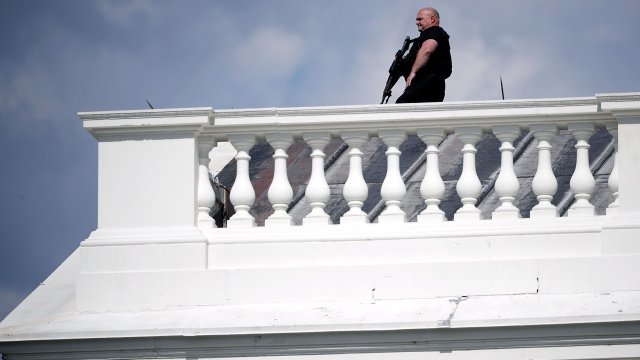 Secret Service agents can only rack up $160,000 in pay annually, and many agents have already hit that cap this year.

Unless Congress acts, more than 1,000 Secret Service agents won't be getting paid for the rest of their work this year.

A Secret Service agent's pay is capped at $160,000 – that includes salary and overtime. Any work they do beyond that is unpaid, and around 1,100 agents have reportedly already hit the cap.

The agency has been here before. Congress had to pass a bill last year to compensate 1,400 agents who had hit their caps.

But the Trump administration is putting extra weight on the agency. Forty-two people, including 18 Trump family members, are currently under Secret Service protection. That's up from 31 people under the Obama administration.

The Secret Service is stationed at the tower to protect Trump's "permanent home."

And President Donald Trump's frequent weekend trips away from the White House aren't helping. It's estimated Trump's visits to his Mar-a-Lago golf resort in Florida alone cost millions in security.

Secret Service Director Randolph Alles says the agency still has enough funds to carry out its mission for the rest of the fiscal year. He expects more staffing will alleviate the problem.

The Secret Service is currently working with Congress to raise the cap to around $187,000, but even that number would still shortchange more than 100 agents.