More Than A Dozen Dead After Overpass Collapse In India 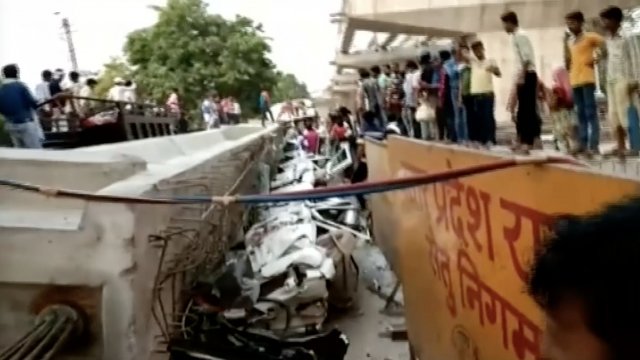 Officials say the massive concrete slab plummeted onto the road below in the city of Varanasi, trapping cars, motorcycles and pedestrians.

More than a dozen people are dead after a highway overpass under construction in north India collapsed.

Officials say the massive concrete slab plummeted onto the road below in the city of Varanasi on Tuesday, trapping cars, motorcycles and pedestrians.

The death toll varied across media outlets Wednesday. CNN put the number of confirmed deaths at 15, while The New York Times and the AP reported the toll at 18.

It's unclear exactly what caused the collapse. Authorities have ordered an investigation into the incident, and the state government is providing families of the victims with monetary compensation.