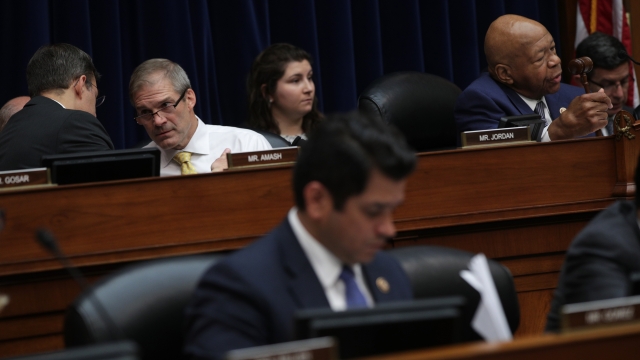 The House oversight committee wants access to documents explaining why the Trump administration added a citizenship question to the 2020 census.

The House oversight committee voted Wednesday to hold the attorney general and commerce secretary in contempt of Congress.

This has nothing to do with special counsel Robert Mueller. Rather, it's linked to the controversial citizenship question on the 2020 census.

The committee is trying to determine when and why the Trump administration decided to add a citizenship question to the upcoming census.

The survey is supposed to get an accurate tally of everyone living in the U.S. But critics say asking people to self-identify as non-citizens could scare people away from filling out the census at all.

The question has faced numerous court challenges and it made it all the way to the Supreme Court. The justices heard arguments in April, and they're due to issue their ruling this month.

The committee's contempt vote Wednesday makes legal action against Barr and Ross likely. But lawmakers are unlikely to get access to the information they want because the White House has asserted executive privilege over all the documents in question.