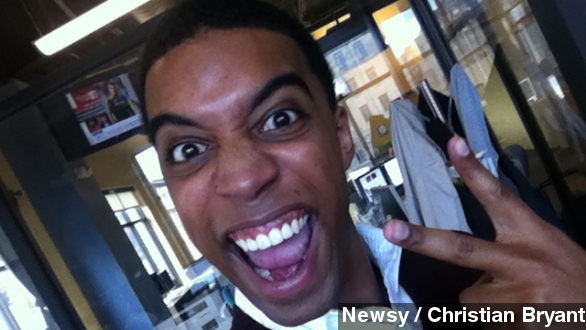 "Selfie" beat a shortlist of other words for Oxford's Word of the Year, including "bitcoin" and "twerk."

We've still got a month and some change before the close of 2013, but the scholars at Oxford Dictionaries have already chosen the word of the year. We'll get to that as soon as I take this... selfie.

Narcissism and front-facing smartphone cameras ruled supreme as Oxford Dictionaries crowned "selfie" the word of the year. (Via The Guardian)

In case you need a primer, a selfie is basically a picture a person takes of his or herself and is usually uploaded to some type of social media site. (Via Instagram / michelleobama)

Much like 2012's winner, ".gif," Oxford chooses its word of the year based on the interest it attracted and how it embodies the ethos of that particular year.

As the folks at Oxford write, "It seems like everyone who is anyone has posted a selfie somewhere on the Internet."

I mean, if you get the pope to take one, then I guess you're on to something. (Via Twitter / @FabioMRagona)

Oxford notes the word itself dates back to an Australian chat room in 2002 — and by the looks of it, we've gotten much better at taking selfies. In just last year though, the word's usage has risen 17,000 percent. (Via ABC (Australia))

There's no doubt technology has played a part in the rise of the selfie, but the practice isn't without its critics.

A director of Media Psychology Research Center in Boston told the BBC, "Many view selfies as acts of self-focus and cries for attention."

A New York Times writer sees it in a more positive light, saying, "Selfies strongly suggest that the world we observe through social media is more interesting when people insert themselves into it — a fact that many social media sites like Vine, a video-sharing tool owned by Twitter, have noticed."

Selfie beat out a shortlist of other words including "bitcoin," "schmeat" and, of course, "twerk."