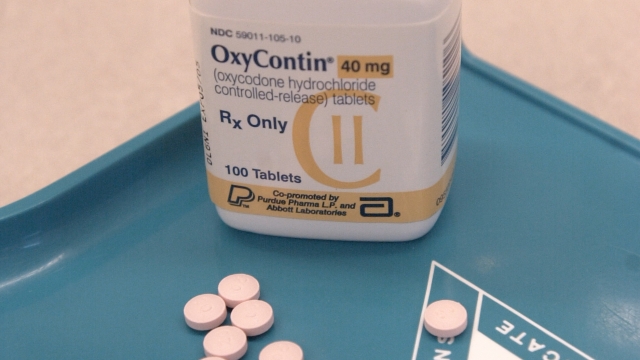 The Oklahoma AG's office has reached a $270 million settlement with Purdue Pharma in a case over its alleged role in the opioid crisis.

OxyContin manufacturer Purdue Pharma has reached a settlement with the state of Oklahoma over its alleged role in the nation's opioid crisis.

Most of that money will go toward establishing an addiction research and treatment center at Oklahoma State University.

Up to $60 million will go toward litigation fees, and $12.5 million will help local efforts to combat the opioid crisis.

Another term of the agreement mandates that Purdue won't promote its opioid products in the state.

The Sackler family-controlled drugmaker is currently at the center of numerous legal battles that allege its marketing practices were deceptive and helped fuel the national opioid epidemic, something Purdue denies.

Some outlets speculate that the deal with Oklahoma could mean the pharmaceutical company is ready to start settling the more than 1,000 other suits that it's facing.

The news comes a day after the Oklahoma Supreme Court struck down a request from multiple other opioid drugmakers to delay the state's trial against them by 100 days. That stems from a state lawsuit against the opioid manufacturers filed in 2017.

The trial will go on as planned on May 28.

In a statement, Purdue's CEO said the company is "pleased" to have come to the agreement.

A spokesperson for the Sackler family confirmed that the owners will contribute an additional $75 million to the research center over five years.