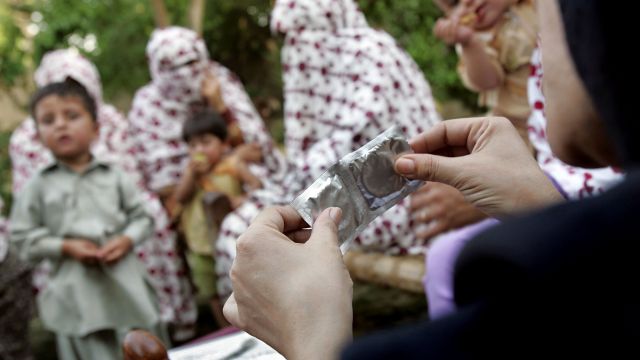 Pakistan's media ministry can't seem to decide if it should ban ads for contraceptives on TV and radio.

Last week, Pakistan's media ministry banned all contraceptive ads, citing complaints that children were being exposed to and asking questions about sex.

But after multiple complaints about the ban, the ministry backtracked and announced it would only maintain the ban during prime-time hours while its board considered where to go from there.

Pakistan is a largely Muslim country and talking about sex in public is forbidden.

Yet the government has recently been pushing for women to use birth control. That national agenda is another reason why the ministry is now reconsidering the ban entirely.

Pakistan's media ministry has pulled commercials for contraceptives from air in the past. Ads for Josh Condoms were first removed in 2013 and then again last year for being "immoral."

The latest ban originally threatened TV and radio stations with "legal action" if they didn't follow along, but now it's unclear if there will be any consequences.