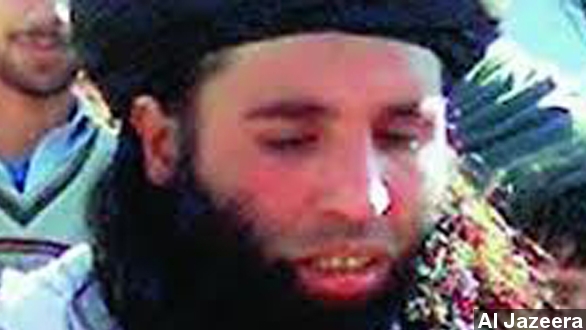 The man who is suspected of plotting the attack on activist Malala Yousafzai is now the leader of Pakistan's Taliban faction.

Fazlullah lead an armed takeover of Pakistan's Swat Valley in 2007, ousting the local goverment and brutally enforcing his strict interpretation of Islamic law. Pakistani troops drove Fazlullah out of the region in 2009. (Via Sky News)

Since his removal, Fazlullah has been operating out of Afghanistan. He has claimed credit or been implicated in several high-profile terrorist attacks, including a targeted attack that shocked the world.

In 2012, Malala Yousafzai was shot in the face by Taliban militants for publicly condemning the group's repression of women's education. Fazlullah is suspected to have orchestrated that attack. (Via CNN)

Before the election, Pakistan's government had been working on a tentative peace settlement with the Taliban. But Pakistani officials see Fazlullah's appointment as a death knell for any hope of peace talks.

While Fazlullah's late predecessor Hakimullah Mehsud said he might support negotiations with the government, the new commander rejected the idea in a statement shortly after his election. (Via Euronews)

"This government has no authority, it is not a sovereign government, it is a slave, a slave of America. Holding peace talks is a waste of time." (Via Daily Times (PK))

The breakdown of those talks might further strain the relationship between the U.S. and Pakistan. The Washington Post reported Pakistan's Interior Minister called the U.S. drone strike which killed Mehsud "a conspiracy to sabotage the peace talks."

Pakistan's Taliban has promised to avenge the death of their previous leader. The government has not commented on Fazlullah's election.