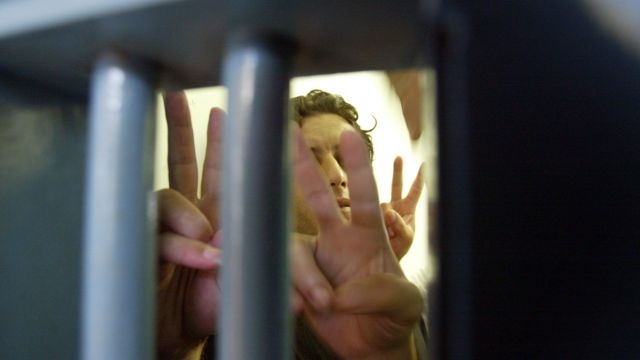 The prisoners were fighting for better conditions inside Israeli prisons.

The strike started April 17. More than 1,000 prisoners took part in the protest. The Israeli Prison Service said 834 prisoners fasted the full 40 days and that 18 strikers were hospitalized.

Israel has more than 6,000 Palestinians currently in prison; more than 500 haven't had a trial. Charges range from killing Israeli soldiers to throwing stones.

The hunger strike was one of the largest and longest-lasting of its kind since the 1967 Six-Day War, when Israel captured territory in the Gaza Strip and the West Bank. Palestinians still claim the territory as their own.

The prisoners were fighting for better prison conditions; reinstating a second monthly family visit was one of the concessions the Israel Prison Service offered.

The strike was led by Marwan Barghouti, a prominent Palestinian leader serving five life terms for his actions in the second intifada, or uprising. Many Palestinians see Barghouti as a likely successor to Palestinian Authority leader Mahmoud Abbas, whose popularity has dwindled.

Negotiations went nonstop for 20 hours. The strike's end coincided with the start of Ramadan, a monthlong Muslim holiday.