These Percussive Cockatoos March To The Beat Of Their Own Drum 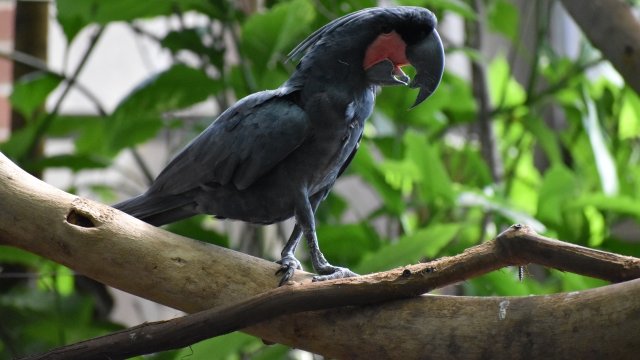 Palm cockatoos are the only animals besides humans to use self-made tools to drum.

The animal kingdom is full of great singers, but when it comes to drummers, it's a bit short-staffed.

Luckily, the sole percussionist in its ranks is still pretty impressive. The palm cockatoo is the only animal besides humans to drum with self-made tools.

The birds fashion sticks and pods into devices that they strike against hollow tree limbs.

And according to a new study, the beats are pretty unique. Eighteen cockatoos produced a total of 131 different drumming sequences.

It's probably used for mating. Male cockatoos did nearly 70 percent of their drumming when females were nearby.

But if you want to catch a live performance, you'll need good timing. Researchers observed the birds drumming only about once every four days.