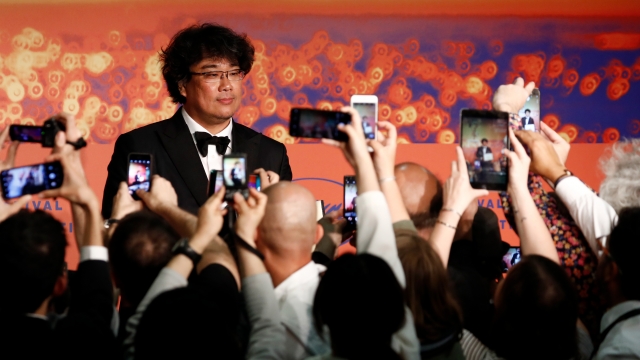 "I created this film because of the controversial aspects of the story, and to take on these bold challenges."

His film "Parasite" is the filmmaker's first title to ever receive honors at the Academy Awards — where it was also nominated for best picture, best original screenplay and best international film.

["Jessica, only child, from Illinois, Chicago. I'm a classmate of your cousin."]

The film, which depicts the class struggles between a poor family and their rich employers, is also the first title from South Korea to ever get nominated for an Oscar. Prior to the Academy Awards, "Parasite" also won the Cannes Film Festival's Palme d'or and the Screen Actors Guild award for best ensemble in a motion picture.

In an interview with The New York Times, Bong said: "I created this film because of the controversial aspects of the story, and to take on these bold challenges ... I’m really happy to see the audience embrace the challenges that 'Parasite' took on."