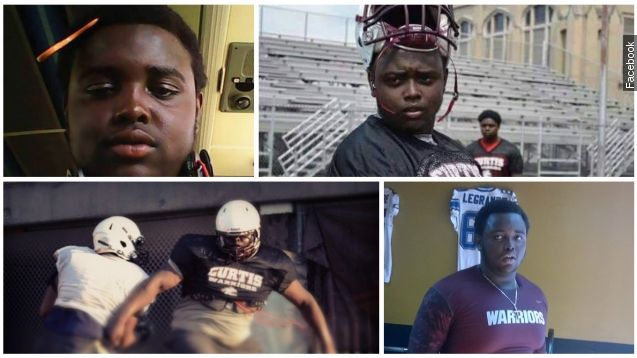 The 16-year-old's parents allege his death might have been avoided if school and emergency personnel were able to use a defibrillator.

The parents of a high school football player who died of a heart attack last September have filed a wrongful death lawsuit for unspecified damages.

Miles Kirkland collapsed during practice in September 2014 and later died at the hospital. The 16-year-old's death was ruled to have resulted from a heart condition.

His sudden death shocked the school and the community and led to free health screenings for his teammates and testimonials from those who knew him. (Video via Staten Island Advance)

"He always made sure you was OK. He was real cool. The whole football team loved him," teammate Amad Anderson told WCBS.

But his parents' lawsuit claims his death could have been avoided. According to the Staten Island Advance, the suit alleges emergency personnel "failed to adequately and appropriately place, secure and use a defibrillator" after the teen collapsed.