The Paris Agreement May Not Do What It's Supposed To 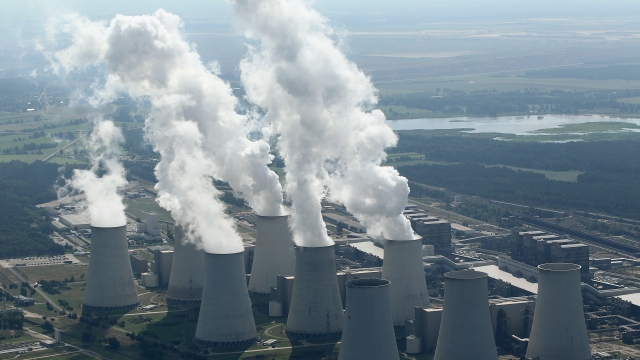 A U.N. report shows even if the agreement is followed perfectly, temperatures will still rise higher than 2 degrees Celsius.

The Paris Agreement is now in effect — but a U.N. report says the ambitious goals might not work like they're supposed to.

The Paris Agreement is meant to cap global rising temperatures at 2 degrees Celsius. And in theory, it works.

The agreement was ratified earlier this year — it required at least 55 countries that represent 55 percent of global emissions to ratify it. The European Union, Canada and nine other countries bumped that number over the threshold.

SEE MORE: This Climate Amendment May Have Helped Out Earth In A Big Way

But the annual U.N. Emissions Gap Report says predicted 2030 emissions put world temperatures on track to rise 2.9 to 3.4 degrees this century — even if the Paris deal is followed to a T.

Critics did raise concern about the Paris Agreement when it was in negotiations. They saw loopholes in legal procedures and claimed the seemingly weak terms made it easy to sign on.

Supporters say that's not reason to throw the agreement out the window — the head of the U.N. Environment Program called it a step "in the right direction." The deal will still slow climate change, just not enough to avoid serious effects.