Paris Is Partly Underwater, And It'll Likely Stay That Way For A While 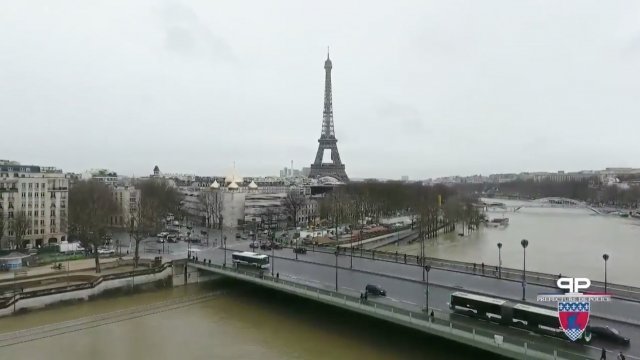 Torrential rain has caused the River Seine to rise above 17 feet, and experts think those water levels won't be back to normal anytime soon.

Paris is effectively submerged in water, and it's probably going to stay that way for a while.

Days of torrential rain have caused the River Seine to rise above 17 feet. People feared it could rise to more than 20 feet Saturday, but the rain has let up.

Homes are flooded, cars are underwater and Parisians are traveling down water-logged suburban streets by boat.

Bigger Floods Are Coming, And Our Emergency Plans Aren't Keeping Up

U.S. flood plains are expected to expand, which could leave our current emergency planning and response efforts behind.

Part of the Louvre, which sits next to the river, is closed due to flooding, and officials say that lower gallery likely won't open until Monday at the earliest.

Outlets note even though this flooding is inconvenient, it's nothing compared to the Great Flood in 1910, when water levels rose to more than 28 feet and forced residents to evacuate.

Still, Paris remains on flood alert. Officials expect water levels to remain high and warn there could be more rain ahead.