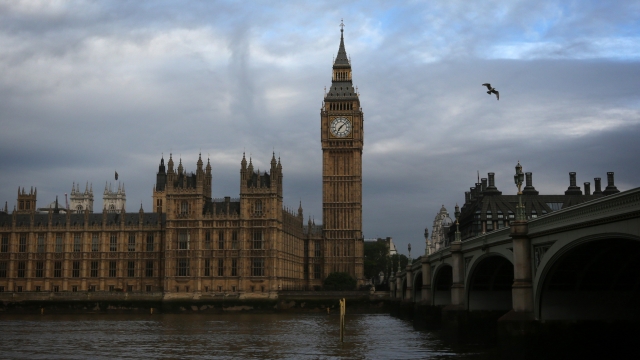 Only 293 lawmakers in the House of Commons approved Boris Johnson's call for an early election — well below the 434 votes he needed.

The prorogation — that's the official term used for the formal end of Parliament between sessions — came after British Prime Minister Boris Johnson failed in his second attempt to call a snap election.

Johnson is struggling to get support for his Brexit plan, and this latest defeat means he'll likely have to ask the European Union for an extension to the Oct. 31 deadline.

And a no-deal Brexit really isn't an alternative anymore after Queen Elizabeth II approved legislation Monday to effectively take the option off the table.

Only 293 lawmakers in the House of Commons approved Johnson's call for an early election. That's well below the 434 votes he needed.

Members of Parliament also voted to force the government to publish its plans and private messages about the suspension of Parliament and its no-deal Brexit plan. But officials at No. 10 Downing Street have already said they won't hand over some of the documents.

Parliament is scheduled to reconvene on Oct. 14. That'll give lawmakers just a handful of days to either approve or reject a Brexit deal.