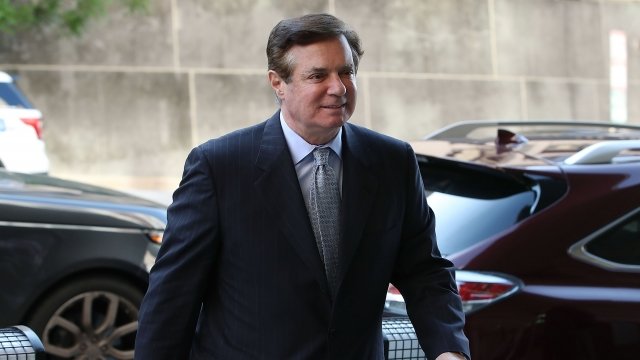 In court Friday, Paul Manafort pleaded guilty to conspiracy against the U.S. and conspiracy to obstruct justice, stemming from witness tampering.

Former Trump campaign chairman Paul Manafort is avoiding a second trial after striking a plea deal with the Justice Department.

Manafort pleaded guilty to two charges in Washington, D.C., Friday: one charge of conspiracy against the U.S. and one of conspiracy to obstruct justice, related to witness tampering. In exchange, five remaining charges against him will be dropped, including some related to financial crimes and lying to the DOJ.

As part of the deal, Manafort has also agreed to cooperate with special counsel Robert Mueller's Russia investigation, which is looking into Russian interference in the 2016 U.S. presidential election. According to the judge, a cooperation agreement with Manafort could involve handing over documents and testifying in other cases.

White House press secretary Sarah Sanders issued a statement following news about the plea deal, saying, "This had absolutely nothing to do with the President or his victorious 2016 Presidential campaign. It is totally unrelated."

Last month, a Virginia jury convicted Manafort on eight tax and bank fraud charges in a separate trial. This trial was related to his political consulting work in Ukraine.