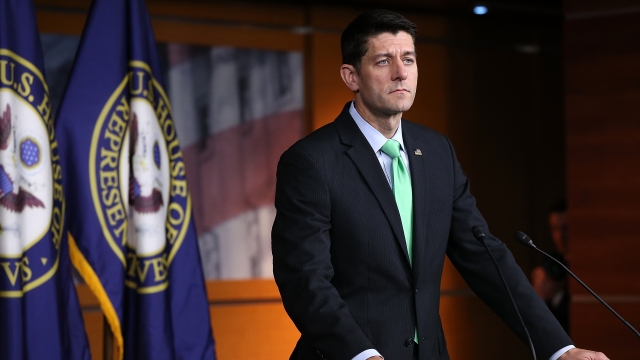 Paul Ryan said he wants to unify the Republican Party, but he still sounded leery of supporting Donald Trump in a new interview with Politico.

Donald Trump’s rise to the top of the Republican Party seems to have divided the GOP. And in a new interview, Paul Ryan still appears a bit uneasy about joining forces with the billionaire.

The GOP leader sat down with Politico’s Glenn Thrush and tried to remain optimistic about the Republican Party’s chances in November, but it was clear he still has some issues with Trump.

"Do you think he can really win?" Thrush asked.

"If you were a betting man, would you say he's going to win?" Thrush asked.

The article described Ryan as "a high school dean talking about a truant who happens to be the most popular kid at school."

In the interview, Ryan refused to say if he believes Trump is a true conservative, and he still had some gripes about Trump’s comments on immigration and banning Muslims. Of course, the friction between Trump and Ryan is nothing new.

"Now, you have a presumptive nominee, Donald Trump. Will you support him?"

"Well, to be perfectly candid with you, Jake, I’m just not ready to do that at this point," Ryan told Jake Tapper on CNN.

The Republican speaker of the House’s refusal to back his party’s nominee could be isolating Ryan from his peers. New York Congressman Chris Collins said: "Mr. Trump is going to win. It would be better, sooner, to have Mr. Ryan on board."

The speaker did have some compliments for Trump in the interview. Ryan said he likes Trump’s off-the-cuff speaking style but said he needs to be reined in.