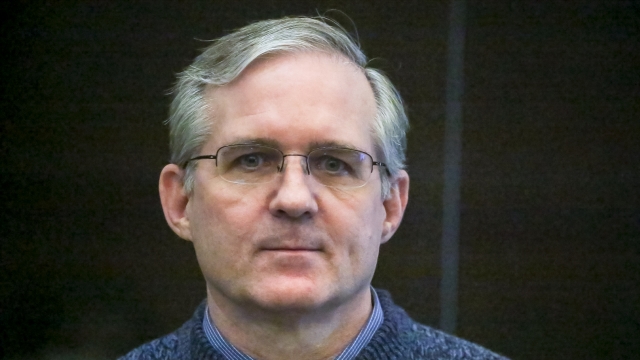 Paul Whelan and NBA star Brittney Griner received plenty of prayers from the Detroit, Michigan, community over the weekend.

News of a possible prisoner swap with Russia for the freedom of Novi, Michigan, native Paul Whelan and WNBA star Brittney Griner has sparked cautious hope from Whelan's brother David.

"It's what we had hoped the U.S. government was working on," he told 7 Action News. "It was extraordinary to hear Sec. Blinken say that an offer had been made."

Blinken did not share specifics on that offer, but CNN has learned it's for Russian arms dealer Viktor Bout, serving a 25-year federal prison sentence in Illinois.

"It's hard for me to believe that the Russian government wouldn't go for some sort of deal at this point," David Whelan said via Zoom Sunday. He also doesn't believe this will be the final deal.

Both Whelan and Griner, who was sentenced last week to nearly a decade in prison for having cannabis oil at the Moscow airport, received plenty of prayers from Detroit over the weekend.

Griner specifically was the focus of a prayer vigil at Hartford Memorial Baptist Church Sunday.

"She represents for us those who are in this country and in other countries unfairly incarcerated," said Rev. Charles Adams, senior pastor at the church.

"Nine weeks. One week for every year she has been sentenced," he said. That's how long the congregation will pray for Griner, and all of those falsely imprisoned.

Whelan said his brother Paul has lost 20% of his body weight and that his arm remains in sling from an injury he suffered making textiles months ago. He's concerned about his physical health, now that food shipments have been cut to Russia's prisons due to sanctions.

He's encouraging his young congregation to lift her up in prayer.

"Many of us have seen the pictures of Brittney Griner. And the look of shock on her face. She is not OK," he said.

Russia is reportedly ready to talk about a potential swap, but no official agreement has been made. The Kremlin has also said it will only negotiate via dedicated channels and warned U.S. officials of speaking about the deal publicly.

"The question becomes now what other things will they want to get in exchange," Whelan said.

Griner's attorneys have said they plan to file an appeal, which is expected sometime this week.

This story was originally published by Jenn Schanz on www.wxyz.com.

Kremlin Says Griner Swap Must Be Discussed Without Publicity

"The U.S. already has made mistakes, trying to solve such problems via 'microphone diplomacy.' They are not solved that way," Kremlin spokesman said.