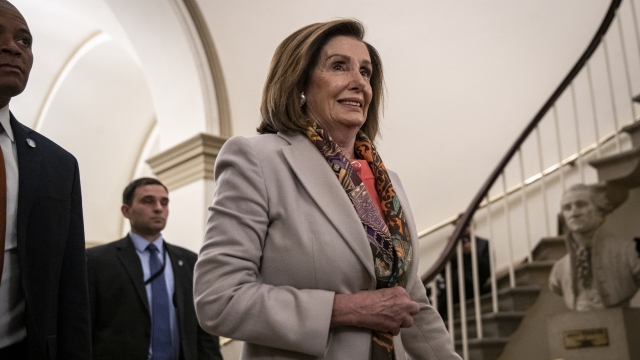 "The emphasis is making the strongest possible case to protect and defend our Constitution, to seek the truth for the American people," Pelosi said.

These Democratic lawmakers will serve as prosecutors and make the case to senators for why President Trump should be removed from office. It's an important job. The impeachment managers, the president's lawyers and Supreme Court Justice John Roberts are some of the only people who will be allowed to speak during the trial.

The group is smaller and more diverse than the one tapped for Bill Clinton's impeachment trial. Thirteen Republicans from the Judiciary Committee were chosen as impeachment managers, all of whom were white men. Clinton ended up being acquitted by the Senate.

The impeachment managers selected for President Trump's trial will have a difficult task ahead of them. In order to oust the president, two-thirds of the Senate have to convict him of one or both articles of impeachment. The trial is expected to begin next week.