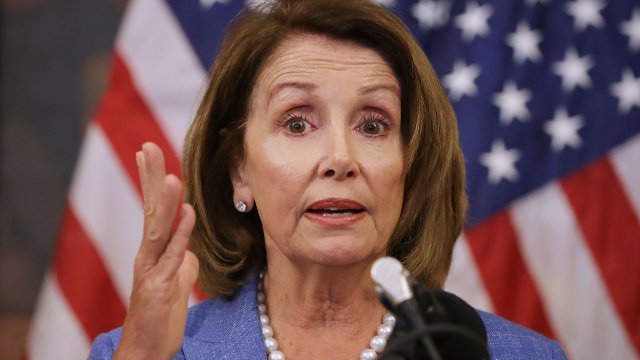 On Thursday, the legislation got the thumbs up from the House Energy and Commerce and Education and Labor committees.

On Thursday, the legislation got the thumbs-up from two House committees — Energy and Commerce as well as Education and Labor. The Ways and Means panel held a hearing on the bill.

That's a big step toward getting Pelosi's plan ready for a full House vote later this year. But the proposal is still sorely lacking any support from the GOP.

The legislation — called the "Lower Drug Costs Now Act of 2019" — would let Medicare negotiate directly with drugmakers to knock down prescription medication prices.

The Congressional Budget Office said earlier this month the plan would save the federal government hundreds of billions of dollars. But on the flip side, it could stop some new medications from ever making it to the market. That's one of the biggest issues for Republicans, who also argue the plan is rushed and going nowhere fast.