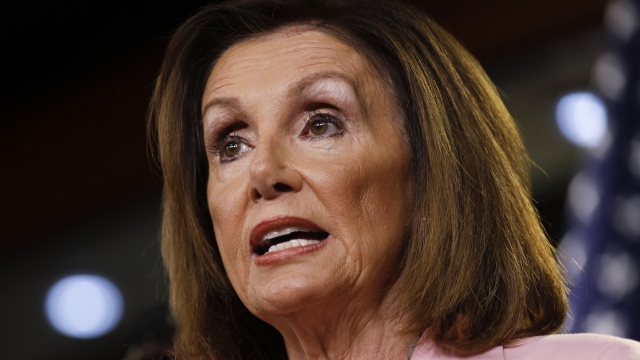 The letter has led some outlets to speculate House Speaker Nancy Pelosi is changing her mind about impeachment.

In the letter, she warned: "If the Administration persists in blocking this whistleblower from disclosing to Congress a serious possible breach of constitutional duties by the President, they will be entering a grave new chapter of lawlessness which will take us into a whole new stage of investigation."

Pelosi has resisted calls to impeach President Trump, saying she thinks it would divide the country. But some outlets speculate that the "whole new stage of investigation" she referenced in her letter could be an impeachment inquiry.

On Sunday, President Trump confirmed that he spoke to Ukraine's president over the phone on July 25 about former Vice President Joe Biden and his son, Hunter Biden. The Trump administration has not said whether the whistleblower complaint is related to that conversation. But The Washington Post and The Wall Street Journal have reported the complaint involves Ukraine and a promise President Trump made to a foreign leader.

Some outlets suggest President Trump may have withheld or threatened to withhold military aid from Ukraine until it promised to investigate the Bidens. President Trump has denied that accusation.

Joe Biden has called on the president to release the transcript of his phone call with Ukraine's president.

On Monday, Senate Minority Leader Chuck Schumer urged Senate Republicans to investigate the complaint; he wants them to issue a subpoena so Congress can see what the whistleblower reported. He also wants acting Director of National Intelligence Joseph Maguire, Secretary of State Mike Pompeo, the president's personal lawyer Rudy Giuliani and others to testify on the matter.

Maguire has already agreed to appear before the House Intelligence Committee on Thursday.