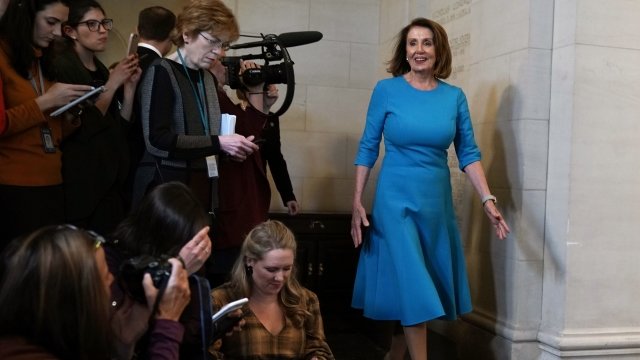 Among other things, the bill would require presidential nominees to release the last three years of their tax returns.

House Democrats are ready to hit the ground running now that they've officially taken control of the lower chamber.

On Friday, House Speaker Nancy Pelosi and other Democrats are scheduled to introduce a political-reform bill that would set up new ethics rules for federal officials and strengthen voting rights.

Designated as H.R. 1, the bill would establish a new ethical code for the U.S. Supreme Court, require political organizations to make the names of their donors public and expand online voter registration.

It would also require presidential nominees to release the last three years of their tax returns. That section of the bill is in direct response to President Donald Trump, who's repeatedly refused to make his tax documents public.

Although Pelosi previously told reporters she believed H.R. 1 will have "great support" by the public, multiple outlets report there's a very slim chance the Republican-controlled Senate would pass the piece of legislation or that the president would sign it into law.