Pence: The Moon, Not Mars, Is America's Next Space Destination 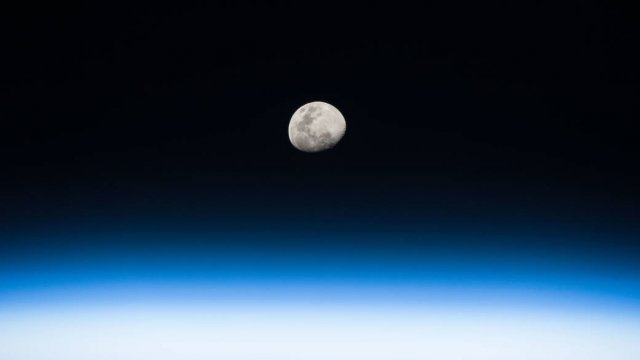 Vice President Mike Pence says the administration wants NASA to focus on a return to the moon, not to Mars.

Vice President Mike Pence met with the National Space Council on Thursday and announced the administration's plans to return Americans to the moon.

"We will return American astronauts to the moon, not only to leave behind footprints and flags, but to build the foundation we need to send Americans to Mars and beyond," Pence said.

But a return to the moon would be a major shift for NASA. The agency hoped to get Americans to Mars by the 2030s.

And while Pence billed a return to the moon as a stepping stone to Mars, the red planet might stay in the realm of private enterprises for now. SpaceX hopes to get crews there by 2024.

What Happens If Proposed Cuts To NASA's Climate Research Are OK'd?

NASA was also nearly a decade into designing a ship and suits meant for deep-space exploration.

In the end, it's up to Congress to decide NASA's budget. And with that process in full swing right now, we might get some clarification soon.