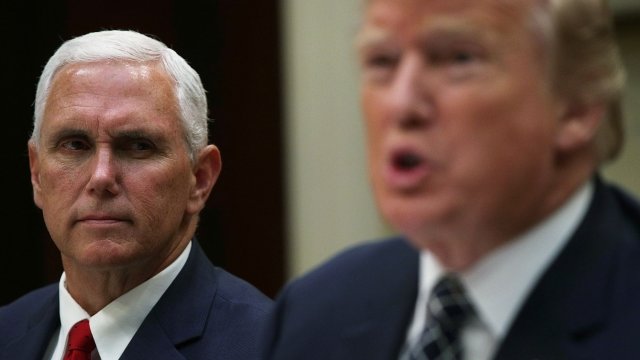 The vice president called a New York Times article "the latest attempt by the media to divide this Administration."

Vice President Mike Pence called out a New York Times article that said he was establishing a "shadow campaign" to run for president in 2020.

And they're having to do quite a bit of damage control.

On Saturday, the Times story said Pence has been "creating an independent power base, cementing his status as [President Donald] Trump’s heir apparent and promoting himself as the main conduit between the Republican donor class and the administration."

The article also asserted that members of Pence's team have signaled he wants to run. The Times cited anonymous sources for that information.

On Sunday, Pence called the article "disgraceful and offensive." He said "the allegations in this article are categorically false and represent just the latest attempt by the media to divide this Administration."

Pence added that his entire team is focused on getting President Trump re-elected.