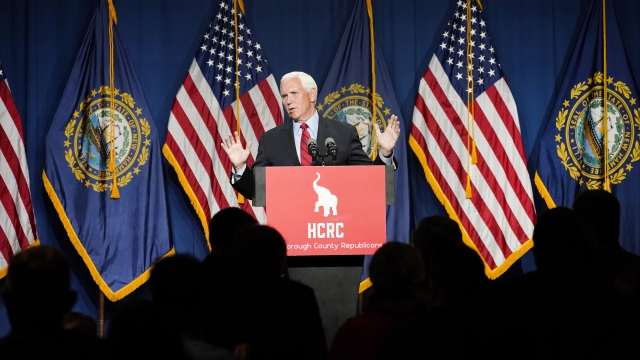 The former VP addressed Jan. 6 events at a Republican dinner.

Former Vice President Mike Pence says he's not sure if he and Former President Trump will ever see eye to eye on the Jan. 6 insurrection.

Pence, who was at a Republican dinner last night in New Hampshire, spoke extensively about the events on Jan. 6 making his strongest comments yet about that day.

A pro-Trump mob stormed the Capitol after Pence had said he did not have the power to overturn President Biden's win. Pence had to be taken to a safe room.

"As I said that day, Jan. 6 was a dark day in the history of the United States Capitol. But thanks to the swift action of the Capitol Police and federal law enforcement, violence was quelled," Pence said. "You know, President Trump and I have spoken many times since we left office and I don’t know if we’ll ever see eye to eye on that day."

Pence praised Trump several times during his speech and said he'd always be proud of what they accomplished over the last four years.

Pence is considering his own 2024 White House run.