Mike Pence: US Will Impose 'Toughest' Sanctions On North Korea 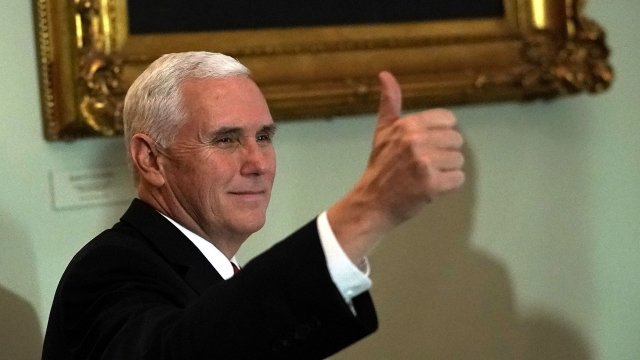 North Korea's participation in the upcoming Olympic Games has some skeptics on high alert.

Vice President Mike Pence announced the U.S. will impose the "toughest and most aggressive" sanctions to date against North Korea.

He said the new sanctions would finally force Pyongyang to stop developing and producing ballistic missiles and nuclear weapons "once and for all."

North Korea's participation in the upcoming Olympic Games has some skeptics on high alert; there's concern the country will use the platform as a so-called peace offensive to improve its image on the international stage.

Pence will lead the American delegation in the opening ceremony in Pyeongchang, South Korea.