Trump Administration Could Be Letting Up On Transgender Military Ban 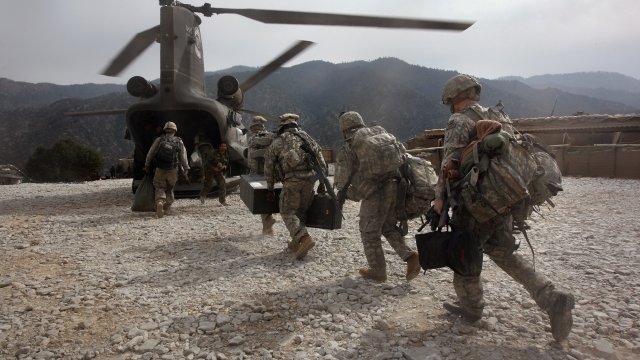 A Pentagon official told the Associated Press transgender people will be allowed to enlist in the military Jan. 1.

People who are transgender will be allowed to enlist in the military at the start of 2018. Monday, a federal court denied the Trump administration's request to delay the policy change, forcing the Pentagon's hand on the issue.

The U.S. military's health agency approved paying for the surgery after a doctor deemed it "medically necessary."

The Trump administration's guidance did let the military pay for these kinds of surgical procedures if withholding the funds would hurt the health of a person who already began transitioning.

Trump's directive was challenged in court and two federal courts ruled against the ban earlier this year.

But there are some caveats to this announcement. The official told the Associated Press there will be some additional medical clearance needed for recruits who identify as transgender.