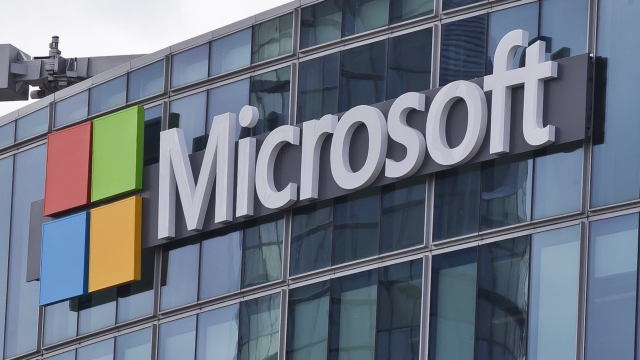 The contract could eventually have been worth $10 billion.

The Pentagon said Tuesday it is canceling a cloud-computing contract with Microsoft that could eventually have been worth $10 billion and will instead pursue a deal with both Microsoft and Amazon.

“With the shifting technology environment, it has become clear that the JEDI Cloud contract, which has long been delayed, no longer meets the requirements to fill the DoD’s capability gaps,” the Pentagon said in a statement.

The statement did not directly mention that the Pentagon faced extended legal challenges by Amazon to the original $1 million contract awarded to Microsoft. The contract could eventually have been worth $10 billion.

Amazon Web Services, a market leader in providing cloud computing services, had long been considered a leading candidate to run the Pentagon’s Joint Enterprise Defense Infrastructure project, known as JEDI. The project was meant to store and process vast amounts of classified data, allowing the U.S. military to improve communications with soldiers on the battlefield and use artificial intelligence to speed up its war planning and fighting capabilities.

The JEDI contract became mired in legal challenges almost as soon as it was awarded to Microsoft in October 2019. The losing bidder, Amazon Web Services, went to court arguing that the Pentagon’s process was flawed and unfair, including that it was improperly influenced by then-President Donald Trump’s dislike of Amazon and its chief executive officer, Jeff Bezos. Bezos owns The Washington Post, a news outlet often criticized by Trump.This year the Pentagon had been hinting that it might scrap the contract, saying in May that it felt compelled to reconsider its options after a federal judge in April rejected a Pentagon move to have key parts of Amazon’s lawsuit dismissed.