Pentagon Has No Plan To Remove Troops From Iraq 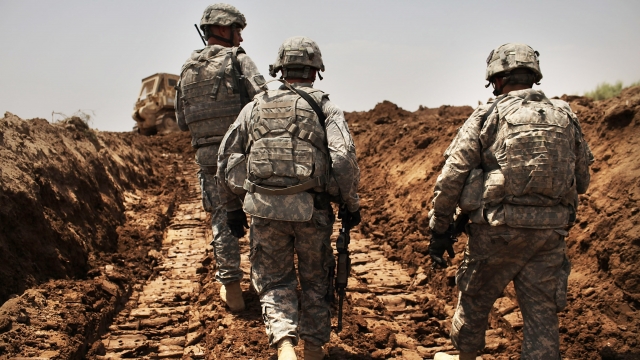 Defense Secretary Mark Esper says the Pentagon has no plan to pull U.S. troops out of Iraq.

While speaking to reporters, Esper said Monday, "There's no decision to leave, nor did we issue any plan to leave or prepare to leave."

His comments came a day after Iraqi lawmakers passed a non-binding resolution to remove all foreign forces from the country.

A letter addressed to Iraqi defense officials from Marine Brig. Gen. William Seely sparked confusion earlier Monday. In the letter, Seely signaled that U.S. troops would be complying with Iraq's order to leave in the near future.

Gen. Mark Milley, the chairman of the Joint Chiefs of Staff, later clarified that the letter was just a "poorly worded" draft. He said its release on Monday was a "honest mistake."

There are currently about 5,000 U.S. troops stationed in Iraq. They've been training Iraqi forces to help keep ISIS at bay. But that training was paused Sunday following an American airstrike that killed Iran's top military commander.