At Trump's Direction, The Pentagon Is Brainstorming A Military Parade 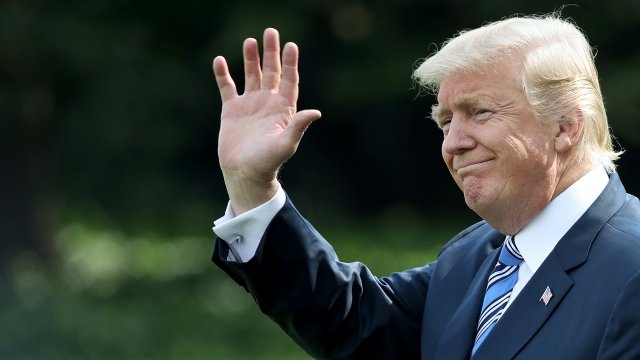 The president has been talking about military parades since his visit to France.

Sounds like the president is getting closer to that wish coming true. The White House says the Pentagon is exploring the idea of a military parade.

Two officials told The Washington Post that President Donald Trump and his top military commanders met at the Pentagon in mid-January and Trump gave what the generals perceived as an order to plan a parade. The president was reportedly inspired by the Bastille Day celebrations he saw in France.

The idea is reportedly in the brainstorming phase. Military parades are very uncommon in the U.S., and the Post points out that getting all that hardware to Washington could be really expensive. Officials are reportedly looking at several options for a date, including Memorial Day, the Fourth of July and Veterans Day.