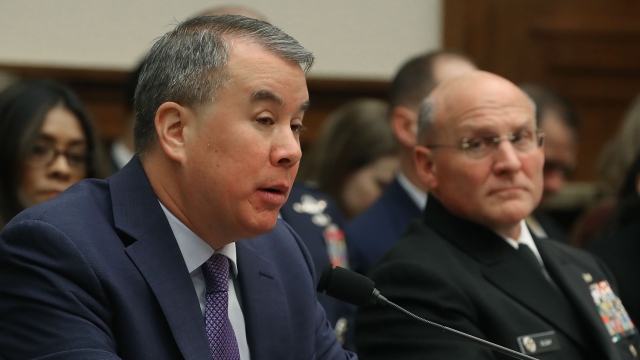 John Rood, the under secretary of defense for policy at the Pentagon, resigned Wednesday, reportedly at the request of President Trump.

CNN says it obtained a copy of Rood's resignation letter to the president, in which he wrote, "It is my understanding from Secretary [Mark] Esper that you requested my resignation."

Rood took on the role in 2018 and was responsible for overseeing defense policies and coordinating with U.S. allies. His resignation comes amid reports that he disagreed with the Trump administration on some policy issues that included Ukraine.

President Trump confirmed his resignation and said on Twitter, "I would like to thank John Rood for his service to our Country, and wish him well in his future endeavors!"

Rood will officially leave the Pentagon on Feb. 28.