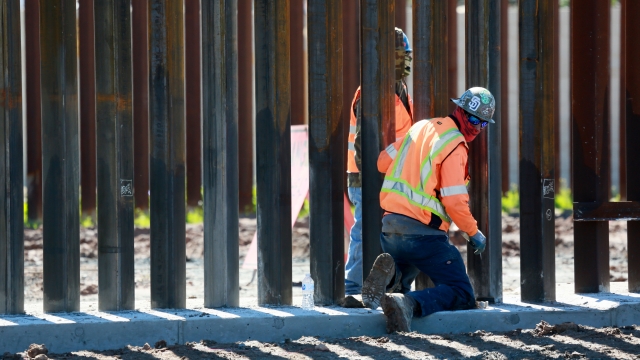 President Donald Trump reportedly plans to divert an additional $7.2 billion in Pentagon funds to build barriers along the U.S.-Mexico border.

Defense Secretary Mark Esper didn't confirm that specific amount when speaking to reporters Tuesday, but he did say the Pentagon is willing to provide additional financial support for the wall.

"The first priority of the DOD is protection of the homeland, so the Southwest border is a security issue. And so we will see how things play out, but we remain committed to supporting the Department of Homeland Security and its mission," Esper said.

"And that means supporting it financially as well?" a reporter asked.

"If that's what it takes, we are prepared to support," Esper replied.

Reports say this new funding would be put toward the completion of 885 miles of border fencing by 2022.

President Trump already pledged to build 450 miles of fencing by the end of this year. So far, the Department of Homeland Security says about 100 miles have been constructed.

The Trump administration is facing multiple lawsuits over its decision to reallocate money toward border barrier construction. But several courts, including the U.S. Supreme Court, have allowed the funds to be diverted while the legal proceedings play out.