Did The President Obstruct Justice? 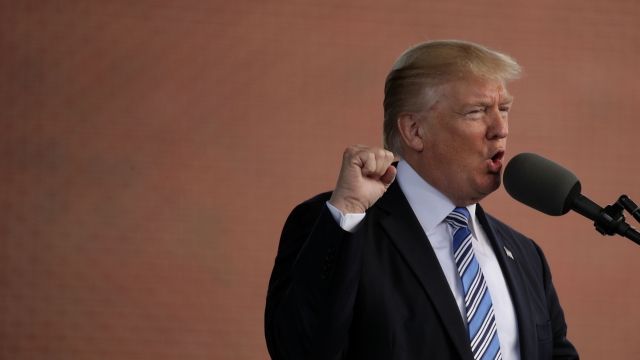 The head of the House Oversight Committee says he's ready to issue a subpoena for Comey's memo.

People are asking if President Donald Trump obstructed justice — but what exactly does that mean? Let's start with some background.

The information came from a memo Comey wrote after meeting with the president. The White House has denied the report.

That coupled with Trump's firing of Comey as FBI chief has lawmakers and others questioning whether the president tried to impede a federal investigation.

Defining obstruction of justice isn't as black-and-white as you might think. A lot of it comes down to interpretation of legal statutes and proving intent, which can be difficult in court.

Reports indicate Trump shared intelligence from Israel without permission, and his advance team got in a spat with Israeli officials over his visit.

Another key is proving that obstruction happened "corruptly." That means courts have to prove a person knew they acted unlawfully and with the intent of thwarting a proceeding.

When it comes to the Trump-Comey situation, legal experts are hesitant to say whether it constitutes obstruction.

What experts and many lawmakers do agree on is that the report is worthy of an investigation. The head of the House Oversight Committee says he's ready to issue a subpoena.