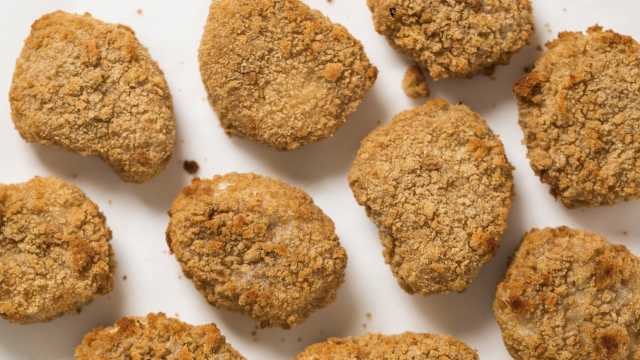 The companies are recalling the chicken nuggets over mislabeling and possible contamination.

Perdue and Tyson are recalling a combined 52,000 pounds of chicken nuggets over mislabeling and possible contamination.

Perdue is recalling some of its Fun Shapes Refrigerated Chicken Breast Nuggets because they were packaged with the wrong back panel and didn't include milk in the list of possible allergens. The packages have a use by date of March 11, 2019.

And Tyson is recalling some of its 5-pound bags of Fully Cooked Panko Chicken Nuggets that are sold at club stores — like Sam's. Tyson said a small number of consumers contacted the company saying there were small, soft pieces of blue plastic in the nuggets. Those bags have a best if used by date of Nov. 26, 2019.

No illnesses or injuries have been reported because of either company's chicken nuggets, but the companies suggest throwing away the product and contacting them for a full refund.