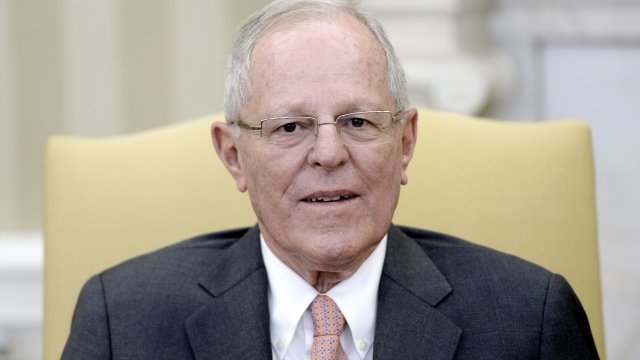 Congress already had plans to impeach Pedro Kuczynski over allegations he profited from contracts with a Brazilian construction company.

Peru's president resigned on Wednesday after being linked to several corruption scandals.

Videos released the night before Pedro Kuczynski's resignation seemed to show his political allies offering opponents preferential treatment and payouts if they backed the embattled president. Congress already had plans to impeach Kuczynski over allegations he profited from contracts with Brazilian construction company Odebrecht. Congress accepted his resignation.

Those videos were reportedly recorded secretly around the time Kuczynski first faced impeachment in December.

Kuczynski survived his first impeachment by only eight votes.