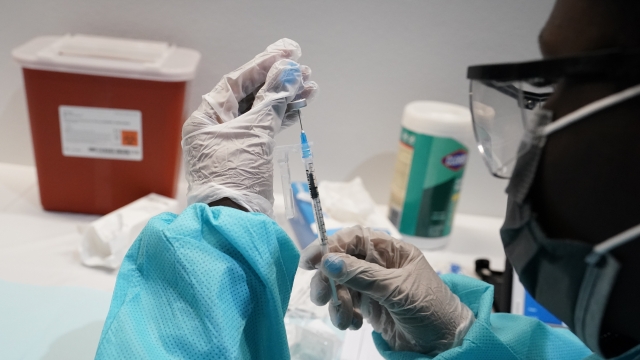 The company says a booster shot would increase protection at least 5-fold for most adults and it's even more effective for seniors.

Pfizer says new data suggests a third dose of its COVID vaccine can strongly increase protection against the delta variant.

The company disclosed that ongoing testing of a booster shot, given six months after the second vaccine dose, showed it raised antibody levels against the more-transmissible Delta variant to 11 times higher in older people and five times higher in younger people, compared to levels after the two-dose regimen.

The data has not been peer-reviewed and U.S. health officials have said, at this point, the science doesn't show a need for a booster shot.

Pfizer Says Booster Shots Are Coming. Do Americans Need Them?

Pfizer says its vaccine loses effectiveness over time and is seeking approval for booster shots. U.S. regulators aren't convinced they're needed yet.

Pfizer noted that by the end of September, testing in 5- through 11-year-old volunteers should produce the safety and efficacy data needed to seek emergency use authorization in that age group, and data on testing in children from 6 months to 5 years old should follow soon after.

The U.S. Food and Drug Administration currently is reviewing data that could lead to full approval of the vaccine for adults.