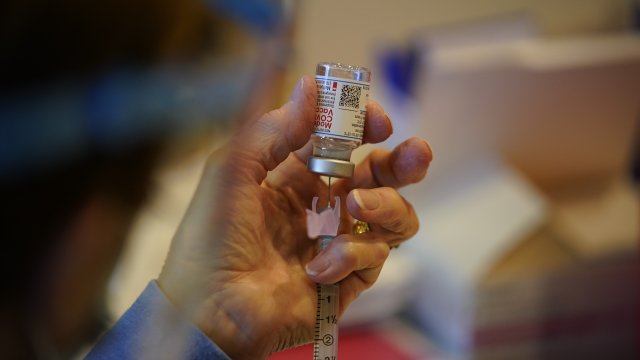 Dozens of states are still trying to get the number of doses they were promised.

There are millions of vials of vaccines that the CDC says are "distributed" but haven't actually been given to people yet.

Our partners at Kaiser Health News call this rollout a "nightmare."

Dozens of states are still trying to get the number of doses they were promised.

There's a lot of finger pointing.

The states are blaming the federal government.

The Trump administration says states are responsible for distribution.

But Pfizer, which makes one of the vaccines, says millions of doses had been sitting in storerooms because the federal government hasn't told them where to send them.

That's just the start of the problems.

Once the vaccines do arrive in states, there are more issues.

Some states don't have the storage required for the Pfizer vaccine.

The order of priority of who gets vaccinated also seems to be confusing. That process was left up to the hospital, and in some cases, hospital administrators who work from home got the vaccine while frontline workers didn't.

With 21 days left until inauguration, the Biden team says vaccine distribution is its most important priority right now.