PG&E Shuts Off Power To Dozens Of Communities In California 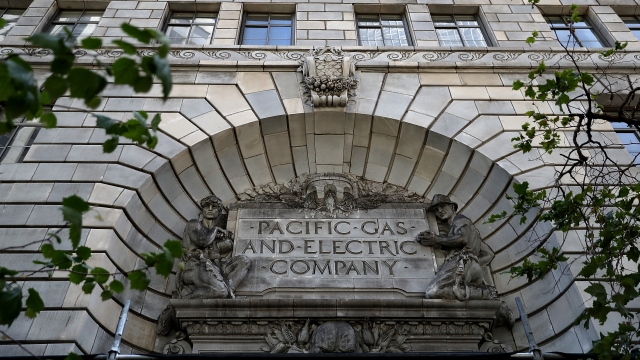 The utility company is conducting the preventive power shut-off across nearly 30 counties in response to high winds that could pose a fire threat.

A major utility company in California shut down power to hundreds of thousands of customers in northern and central California overnight Wednesday.

The Pacific Gas & Electric Co. is conducting the preventive power shut-off across nearly 30 counties in response to high winds that could pose a fire threat. More than 740,000 customers won't have power by the end of the day. And restoration times have not been announced.

PG&E agreed last month to an $11 billion settlement over its role in several major wildfires in 2017 and 2018 — including the Camp Fire. That fire was both the deadliest and most destructive in California history, leaving 86 people dead and destroying over 18,000 buildings.

PG&E started implementing preventive shut-offs last year. But Wednesday is reportedly the largest shut-off the utility company's conducted. It most recently cut the power to more than 10,000 customers in the Sierra Nevada foothills over the weekend.

Because the winds are expected to be so strong over the next several days, the National Weather Service issued a red-flag warning for parts of California. That's the highest fire-risk alert it can issue.