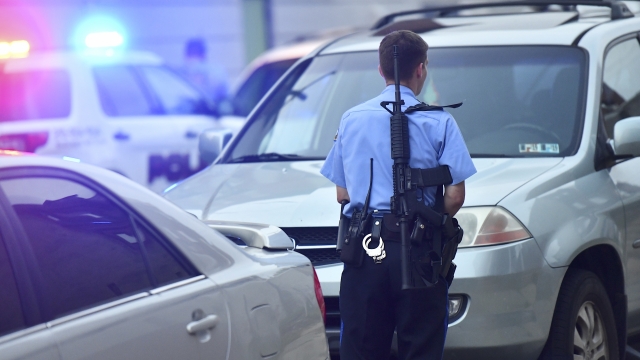 Police say the suspect began shooting after officers attempted to serve a narcotics warrant. Six police officers were injured in the attack.

A gunman who opened fire in a North Philadelphia neighborhood on Wednesday, is in police custody after a nearly eight-hour standoff.

Police say the suspect began shooting after officers attempted to serve a narcotics warrant. Six police officers were injured in the attack.

In a tweet, Police Sgt. Eric Gripp said those six officers were taken to local hospitals with "non life-threatening injuries." As of Wednesday night, all six had been released. He also relayed that several other officers were "receiving treatment for non-gunshot injuries."

Two officers who were trapped inside the building with the shooter for roughly five hours were safely evacuated Wednesday night, along with three others. About three hours after that, the suspect surrendered to police.

The suspect reportedly has an extensive criminal history dating back almost 20 years. To avoid giving notoriety to perpetrators, Newsy does not name shooters or shooting suspects in mass attacks.