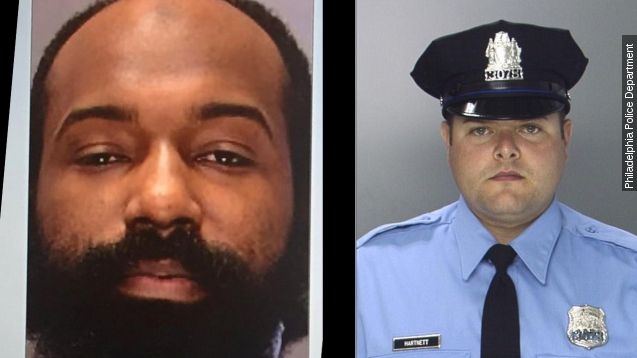 A man in Philadelphia confessed to shooting a police officer after pledging allegiance to ISIS.

Edward Archer has confessed to shooting Officer Jesse Hartnett in Philadelphia, and, according to authorities, the man did it in the name of ISIS.

"We had the suspect upstairs. The homicide unit talked to him. Right away he didn't have anything to say, but then he stated he pledges his allegiance to Islamic State, he follows Allah and that's the reason he was called upon to do this," authorities said in a press conference.

Police say Archer ran up to Hartnett's police car and fired 13 shots, hitting the officer three times in an arm. Hartnett was able to get out of his car, chasing Archer and shooting him three times. (Video via KSAZ)

Philadelphia's police commissioner told reporters the confessed shooter's gun belonged to a police officer and was reported stolen in 2013. (Video via KYW-TV)

Archer's pledge to ISIS is sure to inflame already-high fears of lone-wolf terrorism. A Gallup poll taken in the wake of attacks in Paris and San Bernardino found Americans name terrorism as the country's No. 1 problem.

Authorities haven't released any evidence yet that the attack was orchestrated by any outside group. But ISIS has released videos urging followers to kill police officers in the past.

According to Philly.com, Archer's mother "has indicated that he was mentally ill" and officers aren't sure if he was actually radicalized.

Officer Hartnett is recovering at a Philly hospital.