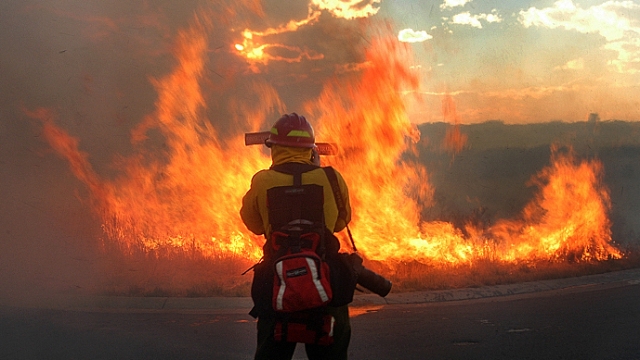 Helen Richardson is a photojournalist for the Denver Post. Anytime there is a disaster in Colorado, she is often one of the first on the scene.

During disasters, there are first responders — and often right behind them are photojournalists, documenting the horror and helping tell the stories of people who lost everything.

Think of any Colorado disaster in recent times and you've probably seen photos taken by Helen Richardson of the Denver Post. She is often one of the first on the scene when bad things happen, but she isn't in it for the fame.

Her goal is simple: to help readers understand the impacts of what is happening to the people in this community.

When the Marshall Fire broke out, she was at home with her husband, who is a firefighter. As the wildfire forced thousands to grab anything they could and evacuate, Richardson grabbed her camera.