Beyond Ferguson: Pine Lawn's Much-Needed Reform Comes Via 'The People' 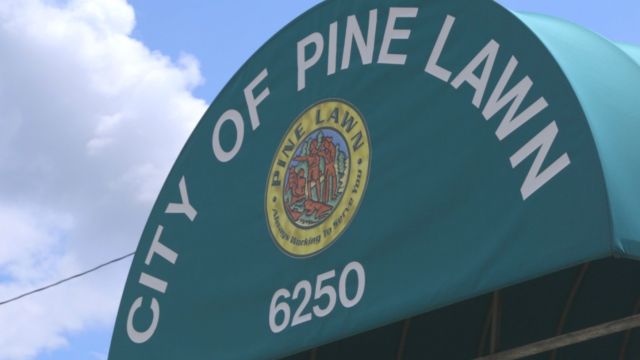 Pine Lawn has been wrapped in scandal for the better part of a decade, with corrupt officials and a court system that preyed on the poor.

While the whole world watched Ferguson, Missouri, about 5 miles away, another North County city was in desperate need of the same scrutiny.

"We were the forgotten city. We were writing to our congressmen and other government officials and explaining to them how were living in the age of Jim Crow," Pine Lawn Alderwoman Roslyn Brown said.

Pine Lawn has been wrapped in scandal for the better part of a decade with corrupt officials and a court system that preyed on the poor. Fortunately for the city, one of its own residents was able to shake things up for the better.

To give you an idea of the corruption, in just the past year, the Pine Lawn mayor has been imprisoned for extortion, the Pine Lawn Police Department has been disbanded, the police lieutenant has been convicted on federal civil rights charges and the Missouri auditor says the city owes the state more than $400,000.

The newly elected Alderwoman Roslyn Brown got a personal taste of the abusive city PD two years ago when she was arrested, dragged from her home and thrown in jail for "failing to comply."

"I'm issued 33 violations on that day, and my daughter as well as my neighbors are witnessing this. I'm improperly dressed — no clothes, no shoes. I still to this day, and this happened in 2014, don't know what I failed to comply to," Brown said of the 2014 incident.

Pine Lawn also had the same system of frequent arrests and high fines that the DOJ nailed the Ferguson municipal court for in the department's 2015 report.

The city of Pine Lawn, which only has about 3,200 people, was bringing in more than $2.4 million from court fines alone. For comparison, nearby Hazelwood, Missouri, has more than eight times the population of Pine Lawn and collects less from the courts.

But it was this group of experiences that helped Alderwoman Brown bring the people of Pine Lawn some real change. After endlessly writing to legislators, Brown managed to get a 30-page report to the FBI that outlined the problems in Pine Lawn.

"And so they kind of used the document that we provided for them as a guideline. And then they were able to, you know, bring the charges against these two who were really in charge of orchestrating notorious acts against citizens in this community," Brown said.

Pine Lawn's former mayor is currently serving a 33-month sentence, and the former police lieutenant is waiting to be sentenced. As an encore, Brown and the group she helped form, the Pine Lawn Coalition, now hold a majority on the city's Board of Aldermen.

"The people we brought in were like, 'I don't want to be a politician,' so I had to come up with a new name for it. I said, 'Well, let's be the next decision-makers in Pine Lawn.' Our chant was, 'We are the people; we have the power,' and now we do have the power," Brown said.