Pizza Hut Worker Gets Job Back After Holiday Refusal To Open 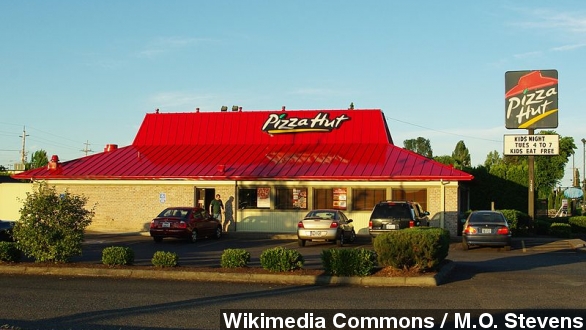 Shorty after the manager of a Pizza Hut claimed he was fired for refusing to open on Thanksgiving Day, the restaurant is offering him his job back.

Shortly after the manager of an Indiana Pizza Hut claimed he was fired for refusing to open on Thanksgiving Day, the restaurant is offering him his job back.

Tony Rohr, who has worked at the local franchise in Elkhart for more than 10 years, says he was told opening on Thanksgiving this year was mandatory. So at a meeting with his superiors last week, he decided to take a stand. (Via ABC)

"I said, 'Why can't we be the company that stands up and says we care about our employees and they can have the day off?'" (Via WSBT)

Rohr says Pizza Hut didn't agree, and he was told to write a letter of resignation.

But he refused to quit and instead wrote a letter explaining his frustrations and why he thought the restaurant should stay closed. (Via WABC)

He wrote: "I accept that the refusal to comply with this greedy, immoral request means the end of my tenure with this company. I hope you realize that it is the people at the bottom of the totem pole that make your life possible." (Via CNN)

Shortly after he handed over that letter, Rohr says he was fired. (Via WECT)

But the local Pizza Hut where Rohr worked tells a different story about the whole ordeal, saying he quit on his own. And the store's corporate office got involved, too.

It said in a statement: "We fully respect an employee's right to not work on a holiday, which is why the vast majority of Pizza Huts in America are closed on Thanksgiving. As a result, we strongly recommended that the local franchisee reinstate the store manager, and they have agreed. We look forward to them welcoming Tony back to the team." (Via Pizza Hut)

Restaurants and franchises keeping their doors open on Thanksgiving has become more common in the past few years.

As for fast food, McDonald's and Burger King are open for business at certain locations during the holiday. (Via YouTube / mcdonaldscorp, YouTube / BURGER KING)

As for Rohr, he says he's glad he stood up for what he believes in, even if it cost him his position. No word yet whether he plans to take his job back.