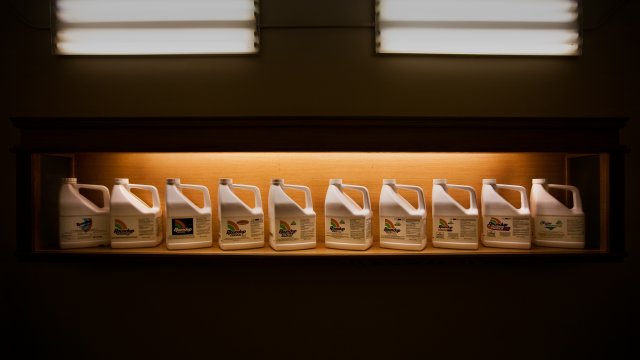 A jury decided Edwin Hardeman should get $5.27 million in compensatory damages and $75 million in punitive damages.

A jury has awarded more than $80 million in damages to a man who says Monsanto's weed killer Roundup caused his cancer.

On Wednesday, the six-person jury in San Francisco decided Edwin Hardeman should get $5.27 million in compensatory damages and $75 million in punitive damages.

Hardeman's legal team argued Bayer's Monsanto unit downplayed Roundup's health risks. He says he started using the product on his property in the 1980s and was diagnosed with non-Hodgkin's lymphoma in 2015.

The International Agency for Research on Cancer, a branch of the World Health Organization, said one of the main ingredients in Roundup, glyphosate, is a probable human carcinogen.

But Bayer, which acquired Monsanto last year, says studies show the ingredient is safe and it plans to appeal the jury's decision.

The company said in a statement: "This verdict does not change the weight of over four decades of extensive science and the conclusions of regulators worldwide that support the safety of our glyphosate-based herbicides."