Plan To Lift Ban On In-Flight Calls Met With Backlash 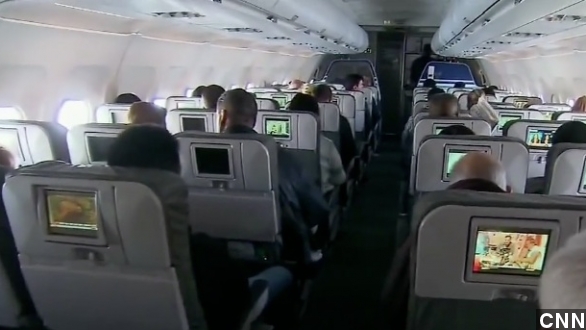 The FCC's chairman backpedaled after his agency called the in-flight phone calls ban "outdated." Many passengers just want some peace a

​Phone calls on airplanes — at first it seems like a welcome new freedom for American passengers. But many people are not ready to say goodbye to quiet cabin rides.

That's the concern airline passengers who enjoy their silent flights are voicing after the FCC said its ban on in-flight phone calls is outdated and needs revising. (Via Fox News)

"It'd be a big disruption. People wouldn’t respect the ones around them, and it could get pretty loud and out of control."

The FCC apparently didn't anticipate this kind of backlash. On Friday, its chairman, Tom Wheeler, said in a statement, "We understand that many passengers would prefer that voice calls not be made on airplanes. I feel that way myself." (Via FCC)

Still, the FCC says its decision will be based on whether phone calls are safe, not on whether they're annoying. And according to Wheeler, there's really no safety justification for maintaining the ban.

Now, even if the FCC allowed in-flight calls, the airlines themselves would set their own policies. Delta, for instance, has already said it won’t lift the ban, regardless. And the flight attendants' union says it's opposed to lifting the policy. (Via Los Angeles Times)

And of course, because there's public outrage, there has to be a WhiteHouse.gov petition, though MSNBC's "The Cycle" notes, even now, you can't escape a talkative fellow passenger.

TOURE: "Listening to somebody else's phone call is perhaps not as bad as that person next to you who's bored and doesn't have their device and wants to talk to you for two or three hours, and you can't get out of that conversation." (Via MSNBC)

The U.S. ban on in-flight cell phone calls has been in place for 22 years, though it's worth noting most international airlines do allow phone use on planes. The FCC will review the policy at a Dec. 12 meeting.