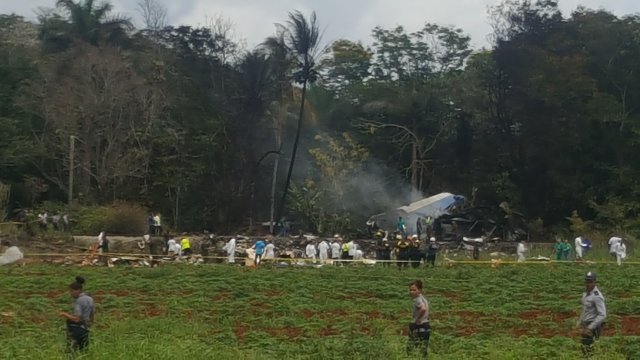 Only three people are reported to have survived the crash.

The Mexican charter service whose plane crashed in Cuba on Friday killing 110 people was reportedly subject to at least two serious complaints.

The BBC reports a former pilot has alleged a plane rented from the Mexican company had dropped off radar seven or eight years ago. The pilot and co-pilot were reportedly later suspended. Another pilot told the outlet he complained the planes weren't adequately maintained.

The Guyanese government told The Associated Press the plane that crashed was barred from the country's airspace last year when it was discovered the plane's crew was overloading it with luggage on flights to Cuba.

The only survivors of the crash are three women; they are in critical condition. Twenty evangelical priests were reportedly among those killed in the crash.

Cuban authorities have launched an investigation into the crash. The plane was nearly 40 years old.

It's unclear what caused the crash, but the BBC reports eyewitnesses heard an explosion and saw the plane burst into flames before it came down.