Plane Crash In Russia Kills All 50 On Board 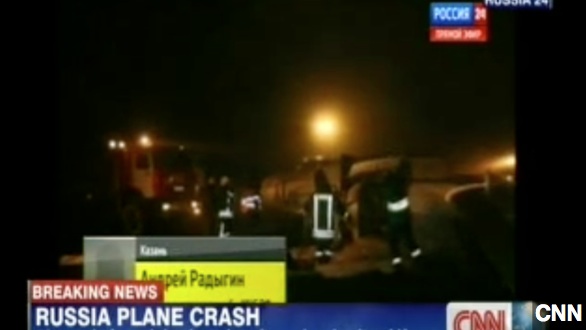 The plane crashed in Kazan after flying about 500 miles from Moscow.

All 44 passengers and six crew members aboard a Boeing 737 are feared dead after the aircraft crashed while trying to land in western Russia.

Officials say they believe there were no survivors when the plane exploded on impact. According to Al Jazeera, the plane was preparing to land in the city of Kazan after flying about 500 miles east from Moscow.

Per RT, the plane tried landing more than once before it ultimately crashed. It also adds the number of people believed to be on board has varied.

Sky News reports a fire that resulted from the crash has been put out, but since then the airport in Kazan has closed.

With the reported death toll at 50, it's one of the deadliest 737 crashes in recent years. (Via CNN)

Airsafe.com has compiled a list of major accidents related to different types of planes. In 2012, a 737 crashed in Pakistan, killing 127 people on board. Another crash in 2010 took the lives of almost 160 people in India.

The BBC reports Russia has one of the worst air safety records in the world but is quick to point out smaller airlines hold most of the blame for the poor record.

The 737 model that crashed can seat more than 100 people. So far, the cause  hasn't been determined.